THE LIFE AND DEATH OF TOYO HARADA TPB

Wicked! The world of Valiant’s Harbinger is so much more complicated than I gave it credit as you will find in the enormous trade paperback The Life and Death of Toyo Harada. It’s a big read, hence my delay, and completely worth it.

Featuring artwork by Declan Shalvey with Googly-Eyes courtesy of Michaels 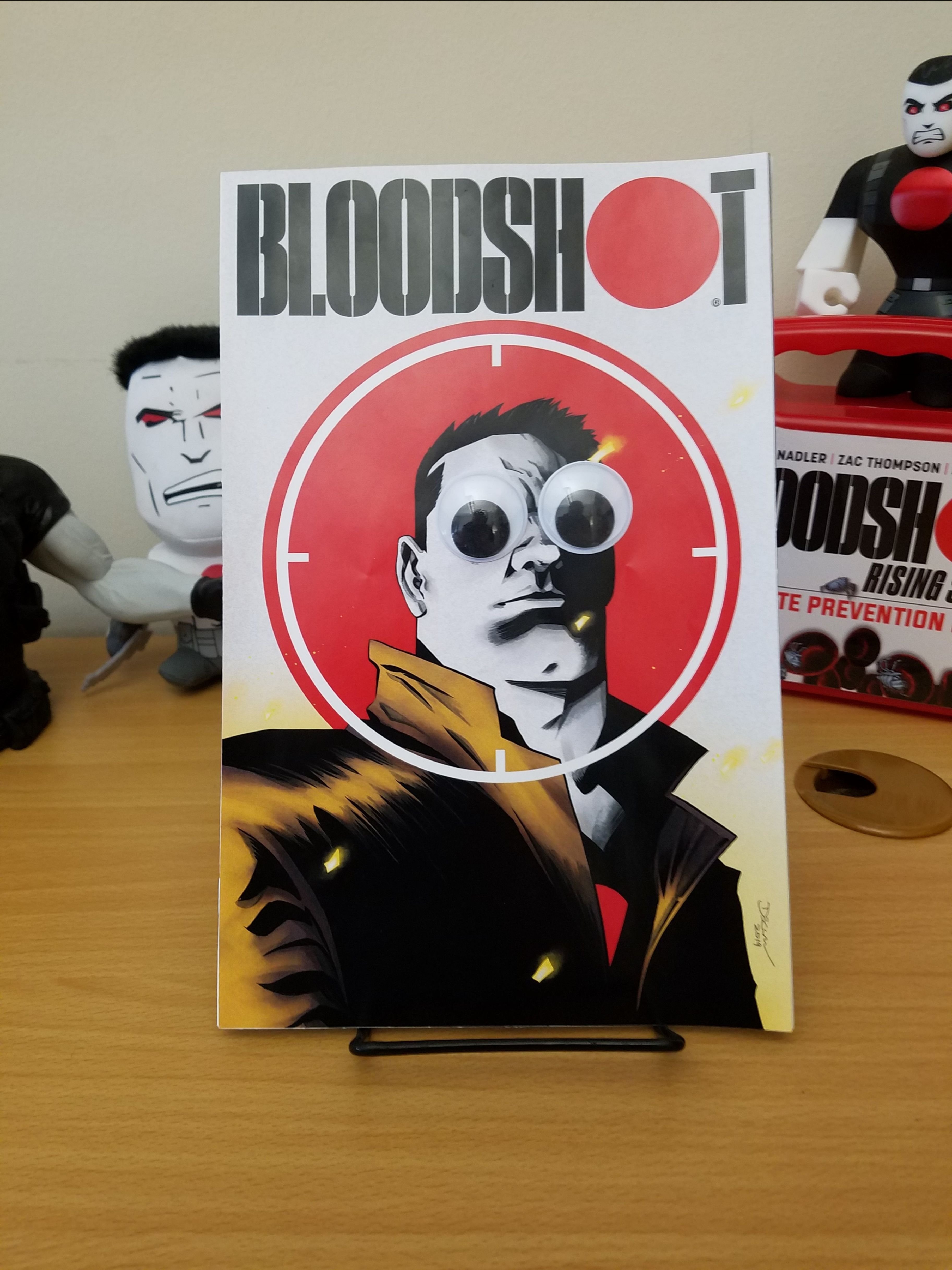 New York, NY (April 1, 2019) – Valiant Entertainment is beyond excited to reveal the first look at the BLOODSHOT #1 Googly-Eyes Variant, which features an eye-popping cover image by Declan Shalvey and an extra special Googly-Eyes treatment from Michaels, the premier source for art supplies, crafting, and framing!

“In today’s crazy topsy-turvy world, I think Bloodshot’s Googly-Eyes is a savvy metaphor for how Googly-Eyed we’re all viewing each other,” observed artist and part-time philosopher Declan Shalvey. “Bloodshot has his finger—and Googly-Eyes—on the pulse of modern culture.”

“They say the eyes are the windows to the soul,...

SYNOPSIS: Beyond the margins of human reason lies a realm known as the Deadside, where the souls of the dearly departed linger – and where demons wait for us in the dark. For countless ages, Earth’s chosen protectors have guarded the veil between both worlds – but there are other doors to the Deadside, through which gruesome terrors from galaxies untold can trespass… With the planet’s freedom at stake, can the reigning Geomancer and her steadfast Eternal Warrior stand together against an invasion unlike any they’ve ever witnessed?

There is only one world left to conquer…

Entire planets have suffered and died at the cold, close-fisted hands of the alien Imperatrix Virago ...

Finally! My first venture into X-O has arrived! In Issue #23–After years of adventure on planet Gorin, serving as a soldier, a general, and ultimately as an emperor, Aric of Dacia returned to Earth. Conscripted by G.A.T.E., the Global Agency for Threat Excision, Aric battled earthlings and aliens alike for causes he had little stake in.

Valiant says this is a new arc and a new jumping on point! Man! I! Am! Pumped!

Accomplice. Mentor. Savior. And now, Enemy of the State. Seeking to protect other vulnerable super-powered psiots (someone who can control electronics) like herself, Livewire plunged the United States into a nationwide blackout with her teletechnopathic abilities, causing untold devastation. After choosing the few over the many, she must now outrun the government she served – and those she once called allies. With the whole world hunting her, what kind of hero will Livewire be…or will she be one at all?