Kickstarter/Indiegogo Spotlight: The Can Game

What is the Can game?

Trick shot your way to the top! The Can game is an addictive, trick shot based family/party game that is sure to bring out your competitive side! The game itself is small enough to be played anywhere, by almost any age! Trick shots are just plain fun and rewarding to make. We wanted to create a simple, family friendly game that combines basketball with elements of beer pong and horseshoes. With other card and dice based games. We used coins, because they can be gathered up easily and the different weight and size of the coins makes for an interesting challenge. The funds from this Kickstarter campaign will fund the design work, cans and production of the card’s, dice and labels as well as packaging materials.

Thanks for taking at what looks to be a really fun kicks... 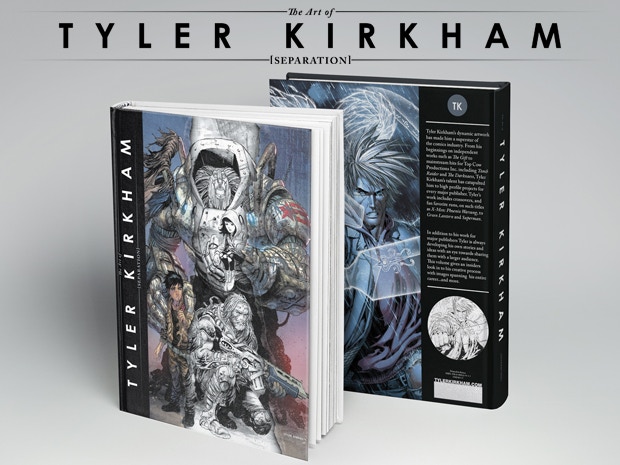 Art books are just a wonderful thing to add to your collection.  Whether you’re an artist using it for reference and inspiration, or just appreciate the work, they’re always good to have around.  This week’s feature project comes from great artist Tyler Kirkham.  His first art book, Separation, is sure to be another great addition, so head over to the Kickstarter to make sure it happens.

Screwed follows a young woman who awakens in a hospital covered
in scars as if she had been taken apart and put back together again; her mind
as fragmented as her body. As she tries to piece together what’s happened to
her, she will find many enemies are after her but she’ll also find a valuable
ally in FBI Agent Erin Scott.
The entourage of monsters in Zenescope’s arsenal is already
impressive enough, but lucky for us, it’s still growing.  This time we get to see the classic nuts and
bolts tale of Frankenstein’s monster get a totally new incarnation in
Screwed.  Thanks to the creative minds of
Tyler Kirkham and Keith Thomas, this feature creature is nothing like you’ve seen before.
Over the years we’ve seen plenty retellings of our favorite
Hollywood monsters, but t...
Read More