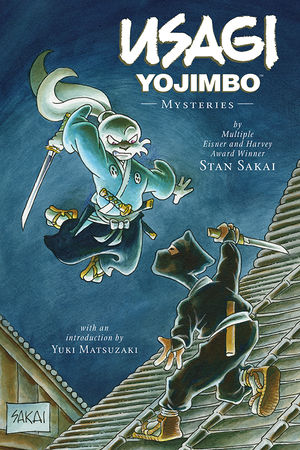 I’ve said it before, and I’ll say it again now, and I’ll very likely say it again: I love Usagi Yojimbo. When they started putting out the Usagi Yojimbo Saga omnibus editions I was crushed. I’d been collecting the previous collections since Book 2. The Saga editions are not only longer but also a different page size, which would look terrible on my bookshelf. Happily, they’ve continued to release the older sized collections alongside the Saga editions, so here we are at Book 32: Mysteries. This volume collects issues #159 through #165, which had a lengthy break between issue #160 and issue #161.

The first two stories are self-contained and the third is a two-part story, all seemingly unconnected other than by the location, and the presence of Inspector Ishida, who was last seen a few month... 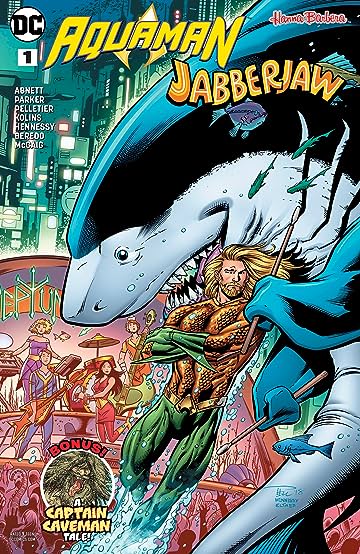 Somehow the character of Jabberjaw keeps popping up in cameos for various shows since his meager 16 episode run in the mid-1970s. He’s a talking, airbreathing, shark, who plays drums for a band called the Neptunes. I honestly have no idea why this particular crossover needed to exist, and as often as not either does the book itself.

Paul Pelletier art is really good. He’s taken a 1970’s VERY cartoon shark and made him fit into a more realistic world. Dan Abnett’s writing is also very good. Aquaman doesn’t take himself too seriously, referencing several standing jokes about how the world outside of the story often sees him. I don’t know how true to the original source his Jabberjaw is, but it feels like something that would come from that era of Hanna-Barbera cartoons... 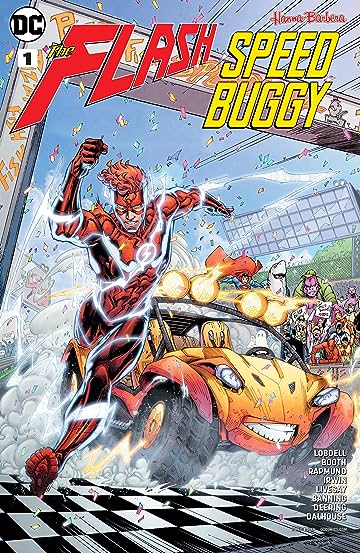 Speed Buggy has an interesting place in Hanna-Barbera’s history. Depending on who you talk to the show was amazing and inspirational, or repetitive and derivative. It directly recycles plots from Josie and the Pussy Cats, it’s often compared to the Scooby Doo gang (or at least the Mystery Machine), and not much more than H-B trying to ride on the popularity of Speed Racer with Herbie the Love Bug. It’s just one of the many, many, vehicles to cross the small screen. 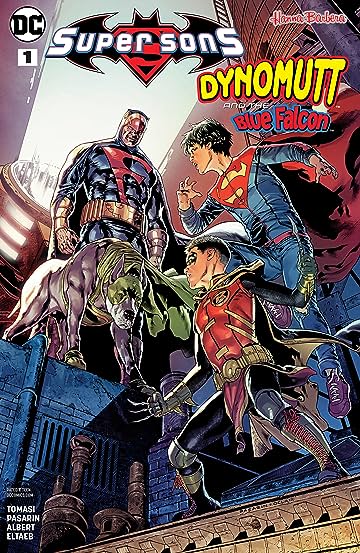 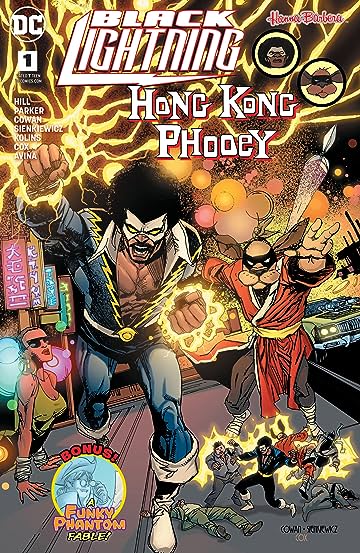 DC and Hanna-Barbara are back with yet another crossover special. This time they are taking us back to 1976 to bring together a character I have no recollection of before his current CW series (which I actually thought was a Netflix exclusive, just to show how much attention I’ve paid) and a character I recognize, grew up around, but also have no recollection watching or reading. This should be interesting.

So my memory may not be amazing, but my Google-Fu is decent. Black Lightning was developed by Tony Isabella, after his work on Marvel’s Luke Cage. He became DC’s second African American superhero, and their first to be featured on television. He first appeared in 1977, a year after this story takes place, which amuses me to no end...