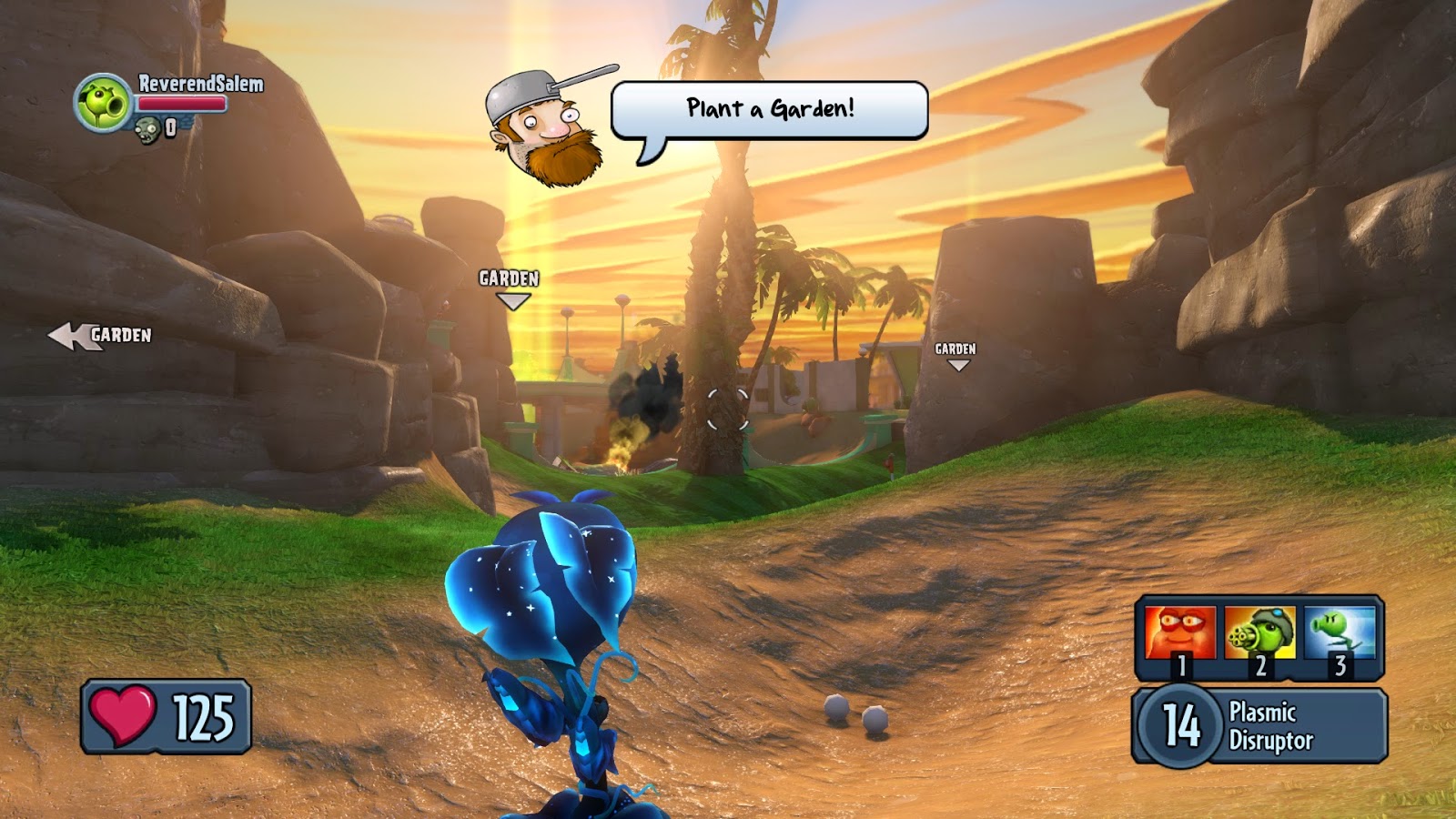 * A horde mode, not unlike Mass Effect 3’s multiplayer or Team Fortress 2’s Mann Vs Machine mode, where zombies of various types of zombies spawn in a few areas and attack a garden that you plant in various parts of the levels. You can plant smaller defensive plants to slow them down and work as one of a few classes of specialized plants to defend that garden. Two types of soldier, the cactus (with a remote drone) and peashooter (with speed boost), a venus fly-trap-esque Chomper plant, and the Sunflower medic are available in this mode. 10 waves of defense and a boss wave against a large, overpowered zombie, then Crazy Dave comes to evac your team in his flying RV.

* Competitive multiplayer, where you get various modes such as Team Deathmatch, Kill Confirmed, control points, and others that you might find in a Call of Duty or Battlefield title. Home team is the Plants, with the aforementioned classes, while the opposing force is the zombies, with their own classes a soldier, engineer, mad scientist, and “all-star.”

Bolstering this is the customization options, available with microtransactions (don’t do it!) or by earning in-game tokens by playing and/or winning matches. You can make some very colourful plants and zombies by purchasing card packs that include parts to unlock alternate models of characters (with side-grade abilities), customization items, and power-ups like defensive plants.

There is no story or campaign mode, but considering the story of the original game is “Zombies are coming to eat your brains. Plant things to stop them. Oh, and here’s Crazy Dave, he’ll sell you stuff” it shouldn’t surprise anyone. The game is a little shallow because of that, but unlike other multiplayer-only games (looking at you, Titanfall), Garden Warfare wasn’t sold at full AAA retail price. I honestly can’t recommend even the standard price of $30, but if you see it on sale (and Origin has had it on sale several times recently), I recommend it.

Performance is solid. With vsync on, the game never drops below 60 frames per second, and the controls are tight on both gamepad and mouse/keyboard. Options menu is a bit limited, though. 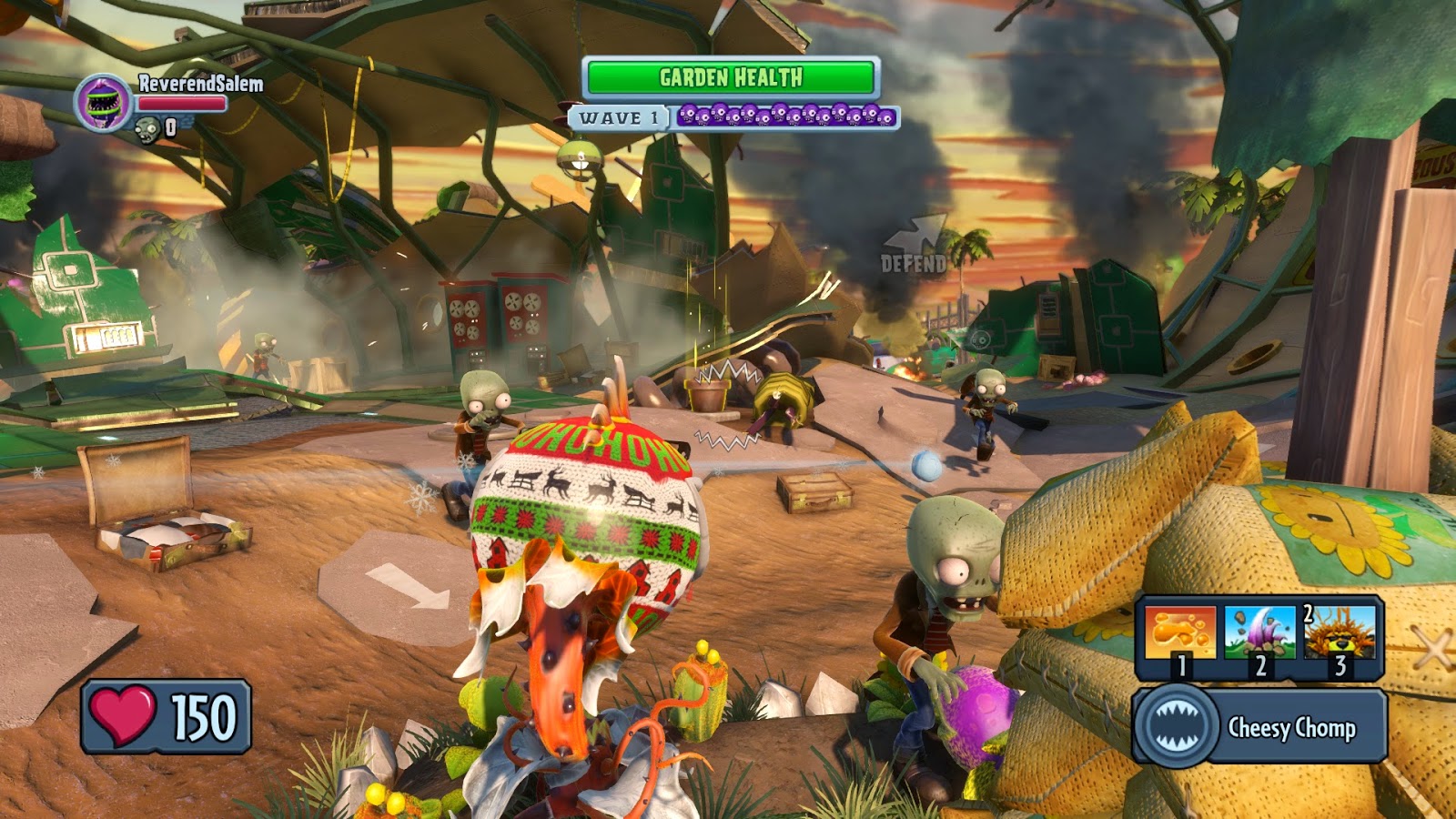 Garden Warfare is a fun little romp with a rich color palette and a very imaginative visual style. It’s also a serious game with a solid horde mode and decent competitive mode, too.  Recommended at a sale price of $15 or less.

Note: This review was written using a purchased copy of Plants vs Zombies: Garden Warfare. Hardware used was an i5 2500k / GTX 770 and alternately an X-Box One pad and Logitech G700s/Belkin Nostromo keypad.