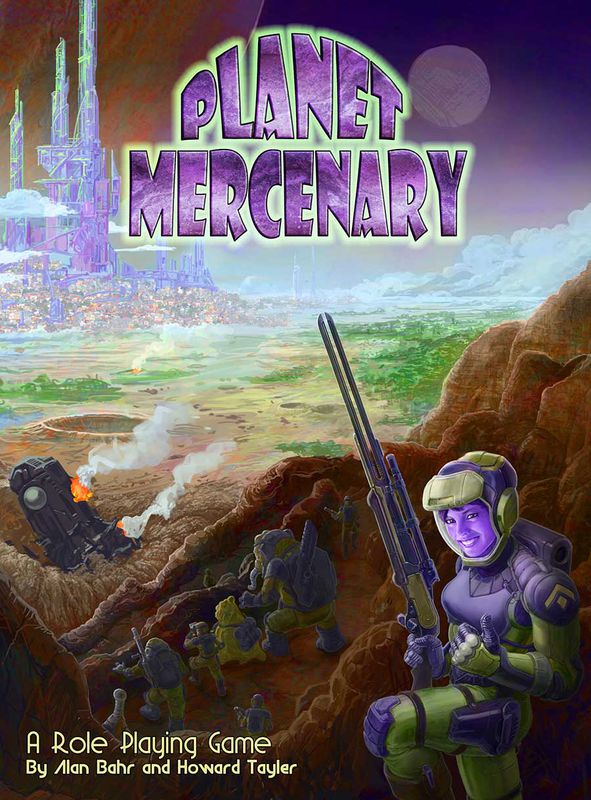 I feel like I’ve won the RPG lottery lately. The last few games I’ve reviewed have been some of the most stellar I’ve read in ages. Planet Mercenary is no different. Actually, that’s not true. It’s something completely different.

Last week I posted a review on Book 13 of the Schlock Mercenary webcomic that Planet Mercenary takes place in, over on Geekorama.net. There are lots of games based on comics, but Planet Mercenary is based literally IN the comic. As in, you aren’t just playing a game about the characters in the comics, you ARE the characters in the comic, playing this game. The game is written from the point of view of weapons retailer Planet Mercenary, as a way for their customer’s hired grunts to learn how to not die in combat, by roleplaying constantly dying in combat.